The best strategy to perform vector addition is to break it into 3 components along the x,y,z axes.

To find a component of a vector is to project the vector on an axis, or resolving the vector. This can be achieved using geometry from the right triangle. ax = acos(θ), ay = asin(θ) 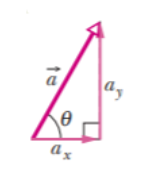 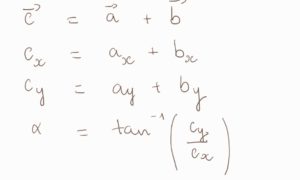 You can also add vectors by placing the next vector with its tail at the previous vector’s head. 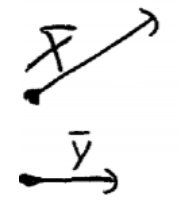 We have 2 vectors x and y

Placing the tail of y at the vector x’s head 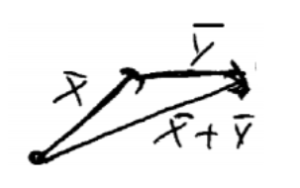 Drawing a vector from the tail of the first vector to the head for the last vector. We have our resulting vector with its magnitude and direction.

You can do scalar multiplication of vectors by multiplying its magnitude and maintaining its direction.

Subtraction of vectors can be easily achieved by adding a vector with another vector in opposite direction.