The ultraviolet region of the electromagnetic spectrum refers to light with shorter wavelengths (higher energy) than the violet end of the visible range, although the two regions are related in their interactions with electrons in organic compounds. When a compound absorbs UV light, if that wavelength corresponds to the energy gap, E, between the highest occupied molecular orbital (HOMO) and the lowest unoccupied molecular orbital (LUMO), it can promote an electron from the HOMO to the LUMO. The wavelength of the absorbed light and the energy are related by the following equation: E=hc/λ, where E = energy (in Joules, J), h = Planck’s constant (6.626×10-34 J·s), c = speed of light (~3×108 m/s), and λ = wavelength (m).

If a compound absorbs only UV light and not visible light, it will appear colorless (transparent in solution, or white in solid form), as is the case for many organic compounds. However, as shown in the example below, changes in conjugation can have an effect on the HOMO-LUMO gap and therefore the wavelength of light that will be absorbed by a molecule. Increased conjugation from left to right means longer (lower energy) wavelengths are enough to promote an electron. As with visible spectra, UV spectra are plotted as absorbance vs. wavelength. This example can be extended to titration indicators which undergo a structural change to form or break extended conjugation in the molecule so the indicator compound changes from colorless to colored or vice versa (absorbing only UV light or absorbing visible light). 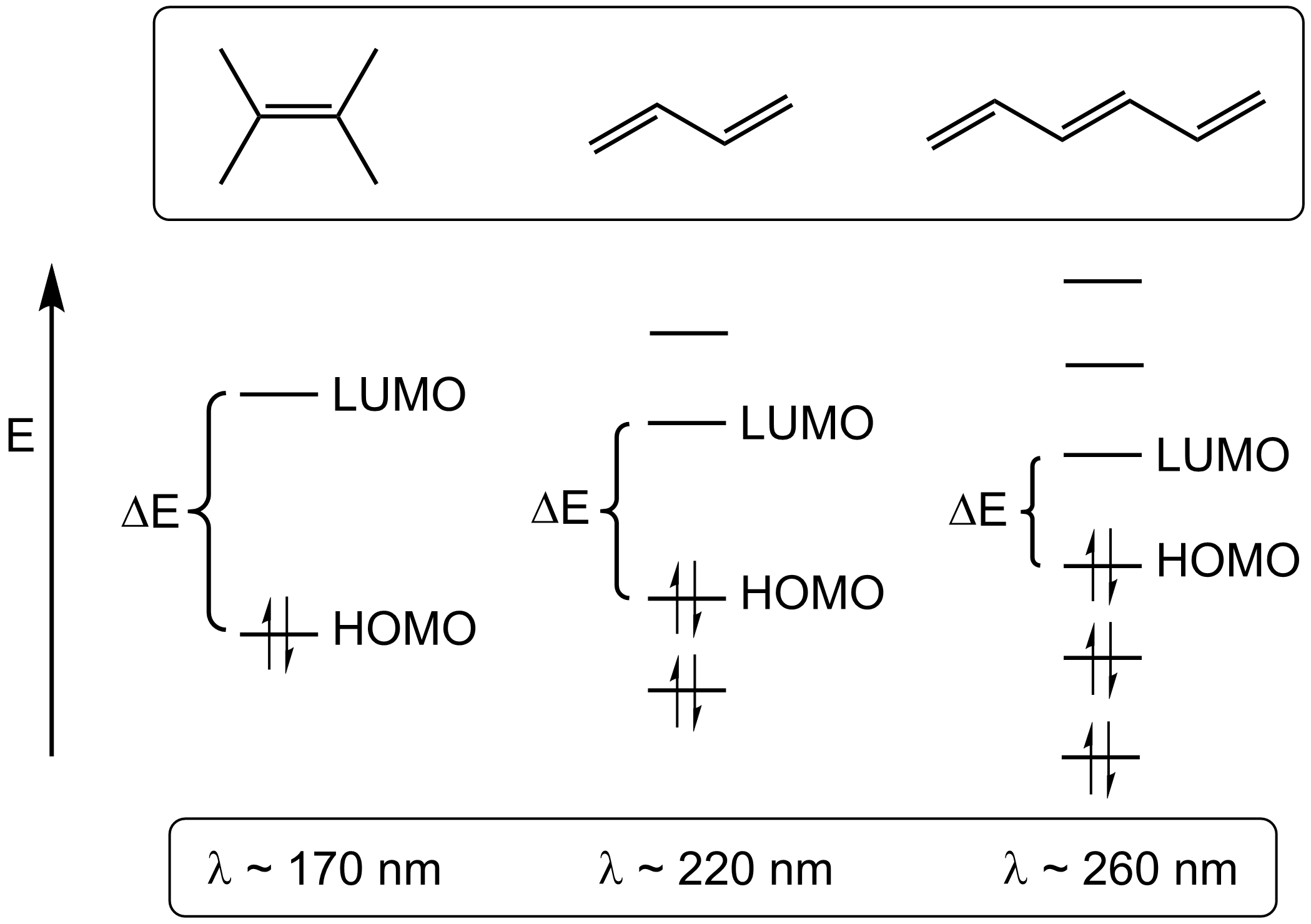