Two centrioles (which are made of microtubules) form a centrosome, which are microtubule organizing centers in animal cells.

A centriole is a cylinder of nine triplets of microtubules, held together by supporting proteins. Centrioles are best known for their role in centrosomes, structures that act as microtubule organizing centers in animal cells. A centrosome consists of two centrioles oriented at right angles to each other, surrounded by a mass of pericentriolar material, which provides anchoring sites for microtubules. 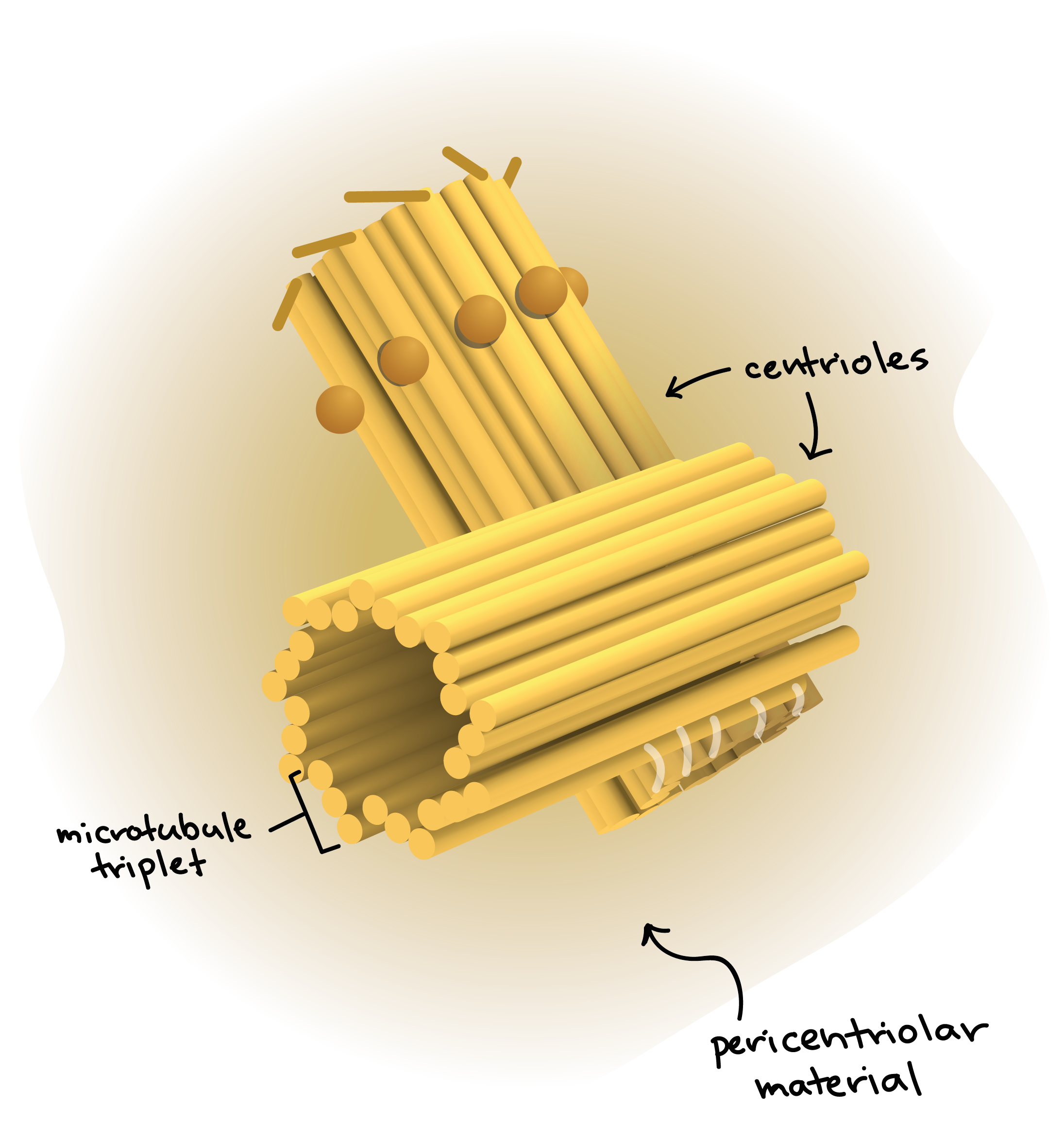 The centrosome is duplicated before a cell divides, and the paired centrosomes seem to play a role in organizing the microtubules that separate chromosomes during cell division. However, the exact function of the centrioles in this process still isn’t clear. Cells with their centrosome removed can still divide, and plant cells, which lack centrosomes, divide just fine.